Windows 10 Insider preview 15063 was released for Windows insiders of fast ring. this

build was the latest build of Windows insider. Thanks to the fast content delivery option

introduced in the previous insider builds, this is the one that helps insiders wasting the

This Windows 10 Insider preview 15063 has lot of bug fixes, but it is getting more and more

This makes many insiders quit the insider program. But there are many people increasingly

joining the insider program after Microsoft's advertisement ("Good news ! be the one who

Whatever, it ma ! there are still people, who are willing to test the latest features (like me!).

builds,particularly if it was released on fast ring as it contains lot of bugs that are untested

Remember, this files are not hosted or uploaded by me, they are hosted by third party. So,

try at your own risk..  Official links are added at the end of the post 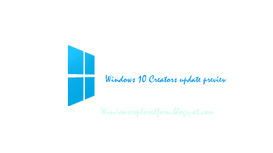 
I got some working links of ESD Uploaded by rguard and wzornet,

2) Now, after downloading, you need to build that into ISO File..

It was just a tool that is free, thanks to the developers of that github team👏👏.
.
3) Now, after downloading the decryptor tool, extract it to any folder.

5) There will be a software called decrypt.cmd file inside that ESD decryptor's extracted

6) Run it as administrator

7) Press 1 on your keyboard to create ISO file.

Wait, for sometime and enjoy your ISO file..