Microsoft has moved the news interface to its taskbar a worth welcome move. All you have to do is, just hover your mouse on the taskbar, boom! your news feed will open, through which you can stay updated.! 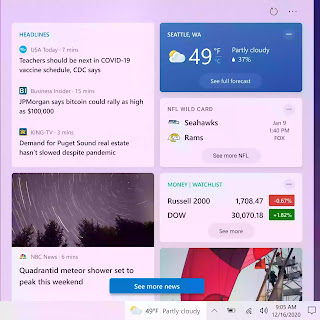 Other than this, this insider build 21286 also contains couple of other improvements in Storage section. In addition to new command. Diskspace is now going to be a command using which you can analyze everything in command section.

This is not a upto mark build as it contains more bugs, it contains couple of new features, so still worth a try on virtual environment or on your old PC.!

Okay, here is the link for the Official Windows 10 Insider build 21286 for you to download.

This link will work for sure, but sometimes, the links might have been broken. So, in case if its not working, then follow this steps below.