OnePlus found to be collecting your Personal data without your (user) permission - Here is how to turn stop that!

OnePlus, the popular smartphone manufacturer is again back in the news, this time its for
collecting the user information without user's permission. 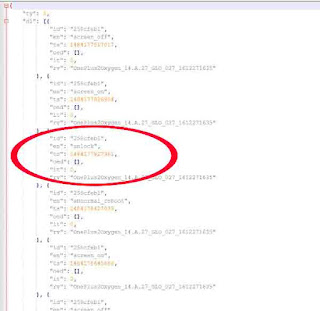 The smartphone manufacturer was under attack last time, when a group of people from xda found, oneplus manipulating the ROM of Oneplus 5 for higher scores in benchmarks. That issue happened almost three months ago, when the team decided
to check the rom with a new benchmark tool. They tested the OS with the regular benchmark kit and after that they decided to test it with another new benchmark tool, but what they found of kind of Surprising as Oneplus ROM was designed in a way to give high scores for benchmark when we test with the standard popular benchmark tools.

And now again, it was under attack because of this issue.

It was one of the user Christopher Moore, who unearthed this much serious issue while checking the incoming and outgoing data requests made by his phone. He found Oneplus transmitting a quite sensitive information that includes

When your phone is unlocked, and lot more.

As soon as the netizens took this issue to Oneplus via twitter, Oneplus tried to escape
from this remark by saying, they are collecting this only for after sale Support and to tune the software for user behavior.

Here is the response from Oneplus, when Android Authority reached them ,


"We securely transmit analytics in two different streams over HTTPS to an Amazon server. The first stream is usage analytics, which we collect in order for us to more precisely fine tune our software according to user behavior. This transmission of usage activity can be turned off by navigating to ‘Settings’ -> ‘Advanced’ -> ‘Join user experience program’. The second stream is device information, which we collect to provide better after-sales support."


I don't know whether the new mobiles will also feature such kind of things, as there is no official confirmation from Oneplus regarding this, as of writing this post. But if you are a OnePlus user, and want all your information not to be sent to Oneplus, then you can turn off this Kind of keylogger by visiting Settings -> Advanced ->" Join user experience Program", without rooting your phone.

This post was last published and updated on October 11,2017.